Global Dashboard had its summer drinks party last night – thanks to Alex and David for hosting us, it was great fun. I particularly enjoyed talking to some of the civil servants who attended, as I’ve been thinking about bureaucracy and morality, and the question of whether it’s possible to have a ‘good society’ in a bureaucratic age. Can politics promote the good life, and if so, what is the role of the civil service in pursuit of that goal? When the modern civil service was set up in the 19th century, via the reforms of Macaulay, Northcote and Trevelyan, it was modeled on the Chinese imperial civil service – this is why senior British civil servants are still called ‘mandarins’. The Chinese civil service was founded on Confucian philosophy, and part of that philosophy was the meritocratic idea that anyone could become a good person through the proper philosophical training: ‘By nature men are similar, by practice men are wide apart’, as Confucius put it.

When it came to the British civil service, Thomas Babbington Macaulay, who set up the prototype of the modern civil service in the Raj, embraced the Chinese idea of the civil service as a meritocracy, but thought the civil service should embrace an empirical, scientific model of statecraft rather than also being guided by ancient ethical philosophy like Chinese mandarins. In an essay on Francis Bacon, he unfavourably compared the ancient Greek approach to the modern, English approach: “For Plato, the end of legislation is to make men virtuous”, he wrote, while for Bacon,  the end of legislation is “the well-being of the people”, by which Macaulay means making “imperfect men comfortable”, supplying their “vulgar wants”, improving their material circumstances.

Macaulay was deeply scornful of the way ancient philosophy focused entirely on creating inner virtue rather than trying to improve the material circumstances of society. He believed philosophy had failed in its project of creating character or virtue, while the new philosophy of science had, in a few centuries, invented such wonders as the steam-engine. He wrote: “The wise man of the Stoics would no doubt be a grander object than a steam-engine. But there are steam engines. And the wise man of the Stoics is yet to be born.” 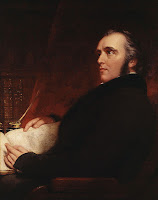 So Macaulay thought that the aim of the civil service, and of politics in general, should be improving the well-being of the people by making life more comfortable, through science and technology. Modern statescraft should deal in facts, not airy-fairy ‘values’. And later reformers, such as Northcote and Trevelyan, agreed that the civil service should be both meritocratic in the Chinese model, and should also strive to be impartial, non-political, technocratic. This vision of the civil service abides: when Whitehall came to codify its values (this only happened last year) it enshrined the values of integrity, honesty, objectivity and impartiality.

But is there a contradiction here? If a civil service is impartial and non-political, does that also mean its amoral? If it is purely technocratic, then is it value-less? If a government wanted to go to war on a trumped-up cause, for example, would it be the job of the civil service to find the most efficient way of administering its masters’ will?

If the civil service aims, as Macaulay says it should, at the ‘well-being of the people’, does that not imply some moral vision of the good, or can one have a purely scientific and non-moral definition of well-being and human flourishing? 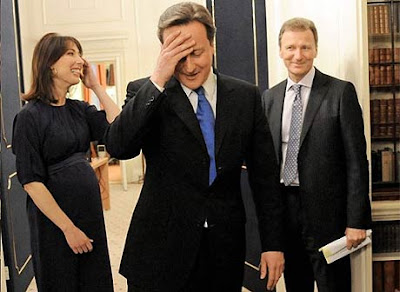 These questions are at the heart of the modern bureaucratic state – and they came back to the surface this week in the UK, when the head of the British civil service, Sir Gus O’Donnell (pictured on the left, behind David Cameron), embraced Cameron’s idea that the end or goal of government policies should be well-being. Also this week, the Office of National Statistics published a report called Measuring What Matters, which argued that statisticians could measure and quantify both the well-being of individuals, and even of whole societies. This year, the ONS has started to measure our well-being, so that civil servants and ministers can use this data to guide their policies and steer the vessel of the state towards the harbour of well-being.

Sir Gus told the media: “We need to teach children that there is more to life than material goods.” That’s a very interesting remark, if you consider Macaulay’s dismissal of ancient Greek philosophy. The original aim of the civil service, we remember, was to improve our well-being by improving our material circumstances. Macaulay was deeply contemptuous of the ancient Greeks’ suggestion that philosophy could nourish our virtue, character or spiritual well-being. That was all bosh. Create more steam engines, that was the important thing. Yet now, the civil service is trying to promote well-being in a non-material sense – and one of the main policies by which it hopes to do that is through the increased provision of Cognitive Behavioural Therapy, which is based on…ancient Greek philosophy! Ha, Macaulay. Right backatcha.

So the project of the modern state seems to have hit a bit of a brick wall. There seems to be a recognition that a purely technocratic conception of government, focused on the provision of material circumstances and the supply of our ‘vulgar wants’, is insufficient as a political ethos and a guide for public morality.

And yet the civil service still seems to hope that we can define, measure and encourage well-being through a valueless, objective, technocratic science. The entire model of modern government is based on the idea that the civil service can measure, quantify, and track our progress towards goals on neat powerpoint graphs. So we’re trying to use the old tools of social statistics towards this new goal of non-material well-being. We’re so married to the Baconian idea that if you can’t measure something, it doesn’t exist. So if some sort of non-material well-being exists, we must be able to measure it, right? We must be able to track our progress towards it, otherwise we might just end up going round and round in circles.

Does this remind anyone else of the Hunting of the Snark?