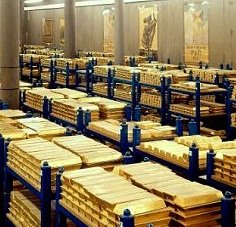 I’ve been struck by a lot of thought provoking stuff in the Economist over the last couple weeks on China suggesting greater global risks in the near future due to three things (health warning – I am not a China expert):

1. China’s reserves (aka 50% of the global imbalances)

These continue to grow: China now has $3 trillion which enough to buy the debt of struggling debt-laden, Portugal, Ireland, Greece and Spain AND have enough left over to buy Microsoft, Google, IBM and Apple AND all the real estate in Manhattan and Washington AND the 50 most valuable sports teams or alternatively China could buy all the gold in the world plus all US military equipment and have a $1trillion to spare.

2. China’s foreign relations with Africa (aka development as concrete).

The Economist argues the euphoria of 2-3 years ago of China’s role in supporting development in Africa is now facing a backlash due to relations with African workers and communities and support to politically repressive regimes.

3. Political repression at home and the near and not so near abroad

China is edgy and by all accounts a major crack down is underway not only at home but in the near abroad – using diplomatic pressure to influence Vietnamese and Indonesian radio stations coverage of China for example. Further, the closure of both the BBC World Service and Voice of America’s Mandarin-language services are likely to make access to information harder for dissents although BBC click reported that banned websites can be accessed by using Google reader.

However, the most thought provoking piece was one that was implicitly about the risk of a sudden slowing of Chinese economic growth.

A fascinating new study by Eichengreen (Berkeley) and Park (Asian Development Bank) called ‘when fast growing economies slow down’ suggests economies slow down drastically at about $17,000 per person (where China will be in 2015) and growth slowdowns are more likely in countries with undervalued real exchange rates (e.g. China). This ‘middle income country trap’ was also mentioned in a paper last year by Homi Kharas (Brookings) which didn’t name China or do the number crunching on which countries other than to broadly suggest Mexico might be one such country. It said:

What does this all add up to?

Some might say there’s a slight-whiff of Western paranoia but underlying the articles are – on the economic side – the global imbalances that played a significant role in the economic crisis are getting bigger not smaller although the G20 has this on its radar; whilst at the same time any slow down of Chinese growth would impact significantly on the global economy when it’s hardly in robust shape in the debt-laden OECD countries.

That said, seems the paper has already been trashed by one academic’s blog. Stuart Staniford notes, though the real issue is that is a question of when not if the Chinese economy does slow down. As he puts it:

I am not saying China will definitely continue growing at breakneck pace for another decade plus.  I think there are profound risks to that possibility: it seems very likely that so much growth in that large a country will trigger more big resource price shocks, which will slow China as well as everyone else… it’s not at all clear that they [China] can continue to increase their exports at the recent pace for another 10-15 years.