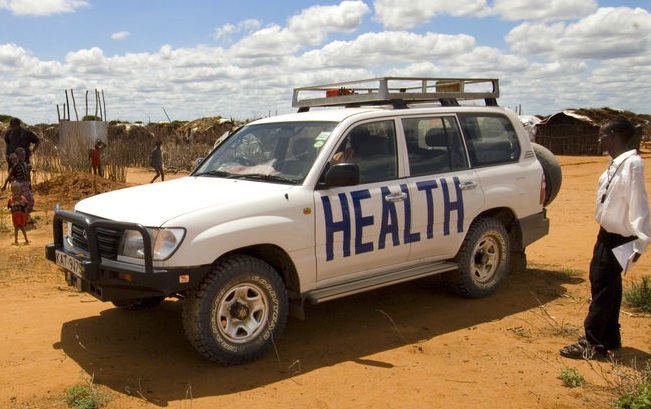 A new report, covered by the UK Guardian says that DFID, the UK aid agency, needs to be careful ‘to minimize fraud and corruption risks’ as it spends more aid money in fragile states.

In the week of its release in March, the UKAID/DFID Bilateral Aid Review or BAR as it’s called gathered considerable attention. Everyone has done their sift through and given their two cents worth (and here’s one or two or three).

Lawrence Haddad and myself have been unpacking the BAR since its release with IDS colleagues, Henrique Conca Bussacos and Pui Yan Wong.

We’ve tried to take a more detailed and closer look at what the spend means for global poverty reduction.

We have placed an excel file on line (here) and the ppt graphs that tell the story (Asia here, and Africa here) to accompany this blog in the interests of others delving into our analysis and challenging it if there’s a different story to tell or we’ve made a mistake.

2. However, the spend is increasing in the most challenging places to reduce poverty (fragile states; non-free and corrupt places);

3. So, the debate now needs to shift to how aid reduces poverty in those most challenging places and the role of governance and political freedoms in that process and what DFID can do.

With an eye to last week’s Humanitarian Aid Review (aka HERR) one might also note a number of countries that DFID ‘dropped’ in the BAR, in fact did well from humanitarian aid (Burundi and Niger for example).

That aside, here’s a quick run-down of what the BAR said:

– A number of countries will be experiencing a doubling or more of bilateral aid in £s – presumably DFID has worked through the macro-economic impacts of this which can be deeply problematic (the infamous ‘dutch disease” that means aid flows may reduce export competitiveness by raising the exchange rate of local currency although the empirical evidence on this is mixed). In Africa, there are large £s increases Nigeria, Ethiopia and DRC and in Asia, Pakistan and Bangladesh.

– This means a concentration of UK aid – In Africa, the DRC, Nigeria and Tanzania will each get 10% of African bilateral funds and Ethiopia 20% of bilateral Africa funds. In Asia, the focusing is even more so – India, Pakistan and Bangladesh with get a quarter, a quarter and a fifth of Asia bilateral funds

– And this trend will also mean a concentration of UK aid spend in countries where poverty is concentrated.

As the dust settled we were keen to find out what lies behind the headlines that fewer countries will be recipients of UK bilateral aid (and the UK media ‘heat’ on the India programme leading to the ‘freezing’ – meaning continuing at the same level not suspending – of aid to India).

The first thing we noted is just how difficult it is to work out if the BAR data is comparable to the existing UKAID Statistics on International Development 2005/6 – 2009/10. The week of the BAR UKAID data actually disappeared from the OECD aid data system and DFID’s own copies of Statistics on International Development 2005/6 – 2009/10 weren’t available from DFID’s own website (the copy above was on the National Audit Office’s website) for unknown reasons. The OECD data are now back as are DFID’s own copies.

After some lengthy pondering we decided against comparisons we couldn’t be 100% sure of and instead focused solely on the BAR data released.

The second thing that is immediately noticeable is the focus on fragile states–but also that aid is going more towards countries that are assessed as less politically free and more corrupt.

There are analytical limitations of just looking at £s of course without assessment of how that aid is being delivered – e.g. the differences in modalities, channels, and objectives of aid. Of course the BAR data doesn’t provide that detail, but it would be interesting at a later date to look at these patterns for the new recipients and how they might change or stay the same.

We looked at 3 things in particular about the context for UK aid:

– The trends in BAR spend and fragile states. DFID’s own list of what it considers to be Fragile States is not published (to avoid stigma). It is related to the Foreign Policy Failed States Index

Here’s what we found

We also looked at ‘new’ and ‘old’ bottom billion stories (meaning the distribution of spend in, respectively, middle and low income countries) and the commitment to poverty reduction as measured by a simple average of six ‘commitment to poverty reduction’ indicators in the World Bank CPIA (Country Policy and Institutional Assessment) indicators. (see slides in ppts).

What does it all add up to?  Aid for development in less free and more corrupt contexts.

Spending more in fragile, corrupt and non-free (Africa) countries is going to make the development task of aid much harder. There is a risk that these spending choices will

– Raise the cost of poverty reduction: is it harder to reduce poverty in more closed societies where corruption is more endemic?

– Make it harder to convince the UK public that their aid will make a difference: Will aid not just be siphoned off for non-poverty purposes, promoting a status quo that is not free and is plagued by high levels of corruption?

As with any statistics, a number of competing narratives can be constructed. Our narrative would be that DFID has managed to make aid more pro-poor, but is increasingly spending it in very challenging fragile contexts and in countries (at least in Sub-Saharan Africa) where civil and political rights are less well protected.

This is going to make it challenging to deliver results and to have those results demonstrated in a transparent way.

DFID is right to take on this challenge of going after poverty in the most difficult of situations, and the transparency and accountability agenda will help enormously. But in this new era, DFID will need to be a relentless innovator in delivery, learning and impact assessment to make sure the cost of reducing poverty does not go up and that DFID does not unwittingly reinforce “not free” countries and corrupt systems.

What are the limitations of our analysis? We just looked at the bilateral spend; we did this quickly – maybe we made mistakes, that’s why we put the data up for all to play with; we used arbitrary cutoffs.

Now that the BAR quantity frenzy has subsided the quality frenzy must begin.  DFID must spend UK taxpayer resources in ways that deliver results in the next 4 years, but also deliver hope to citizens in recipient countries that they will live in freer and less corrupt societies in the not so distant future.