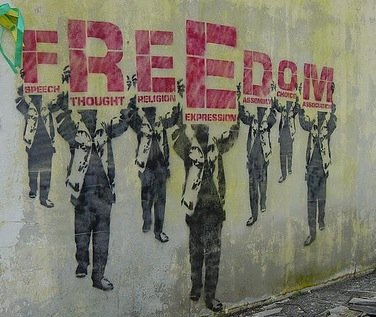 Yes, according to the annual survey of US ‘independent watchdog’ Freedom House and carried by Foreign Policy and Voice of America.

Every year the Washington-based organisation, whose findings feed into World Bank governance indicators assesses political rights and civil liberties around the world, and grades countries in accordance with their levels of political freedom.

Freedom House (FH) is not without considerable controversy – visible recently in the Washington Post’s blog.

The data is produced by a set of ‘experts’ (50 analysts and 18 ‘senior-level academic advisors’). However, Freedom House scores are largely used due to a lack of alternatives. The organisation’s ‘Freedom in the World’ surveys like this years have been criticised for using arbitrary classifications, and critics argue their approach is too narrow. For example there is no way to consider the interdependence of human rights (for example, that you need certain education levels for genuine participation in politics). Moreover, is it even possible to reach an objective, comparable measure of something as complex as ‘political freedom’? and produce the ‘map of freedom’.

There’s 3 types of country according to FH (to quote):

–       A ‘free’ country is one where there is open political competition, a climate of respect for civil liberties, significant independent civic life, and independent media.

–       A ‘partly free’ country is one in which there is limited respect for political rights and civil liberties. ‘Partly free’ states frequently suffer from an environment of corruption, weak rule of law, ethnic and religious strife, and a political landscape in which a single party enjoys dominance despite a certain degree of pluralism.

–       A ‘not free’ country is one where basic political rights are absent, and basic civil liberties are widely and systematically denied.

Here’s how they do it:

“A multilayered process of analysis and evaluation by a team of in-house and consultant regional experts and scholars”. So who actually does the ratings? Basically a group hired by a think tank-ish NGO in DC?

According to their annual report published last week, things are getting worse.

2010 was the fifth consecutive year of this ‘freedom recession’, with just 87 countries meriting the status of ‘free’. The number of people now living in countries deemed ‘not free’ or ‘partly free’ is estimated to be around 4 billion, or 57% of the global population, while the number of electoral democracies currently stands at 115, the lowest since 1995. Of course, the large population of China is important in these numbers, classified as it is by FH, not surprisingly, as ‘not free’.

It should be pointed out that this big picture unavoidably obscures many important changes – some positive, others not so positive – at the country level: for example, as certain countries show improvements in political freedom (Kyrgyzstan, the Philippines), others experience declines according to FH (Mexico, Ethiopia).

Only 3 of the 39 poorest countries – low income countries – are ‘free’ according to FH. These are Benin, Mali and Ghana, the last of which is due to upgrade to MIC status shortly.

More surprisingly is only 38 of 102 middle income countries (MICs) are ‘free’.

This matters (if you accept the FH data) especially in light of where the world’s poor live.

Most of the world’s poor are thus inbetween – ‘partly free’.

So, what can outsiders – ie donors and international NGOs do to support progressive domestic forces pushing for greater political freedoms? Be more political themselves in free and non-free places? There’s an interesting response from Duncan Green of Oxfam to this question – in response to the UK aid and India debate. Proposing a much more political line – supporting political mobilisations – fine for NGOs but donors might face harder questions from partner governments as development and foreign policy appear to merge.

Also, donors already do a lot on governance and civil society but it’s obviously a long-haul thing with no quick results and perhaps harder in the way the current results agenda has morphed into the get results-quick agenda.

Should we be worried about the long run trends in political freedoms and the FH data? Given the accompanying trends in rising domestic inequality covered in this week’s Economist special issue, then yes probably so. Less political freedom and more inequality doesn’t sounds like a great step forward.

Given the backdrop, one question might be where’s the next ‘Tunisia’ moment? Food for thought as the World Economic Forum debates inequality and global governance next week – identified as WEF’s two big global risks ahead.