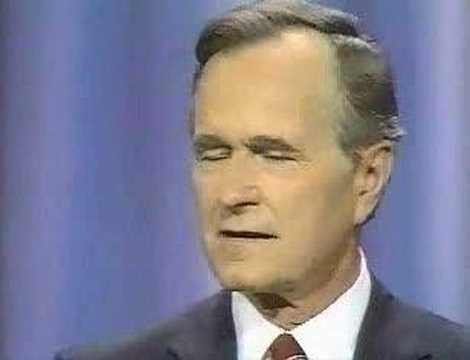 It’s no wonder the markets are raising questions about UK public finances – neither of the main parties has anything approaching a clear message on fiscal tightening.

From Labour, you get blithe assurances on taxes. Liam Byrne didn’t quite ask us to read his lips yesterday when promising no new tax increases, but he might as well have done. Carl Emmerson from the Institute for Fiscal Studies was unimpressed:

I cannot see how the Government can promise to not affect front line services when you look at the scale of the cuts they have got to plan for.

Liam Byrne is talking just about the first four years and after that there will undoubtedly have to be more pain and that is likely to be tax rises or even greater public sector cuts.

But the Tories are not in the clear either. I was baffled by William Hague’s recent speech at the Conservative Party Spring Forum. Half way through his speech, he lays out the Tory pitch to the undecided voter:

And to those who say they do not know what the Conservatives will do, let us tell them. We will cut the spending that cannot go on and the borrowing that leads to ruin.

So what follows? Here are all the commitments Hague makes that will cost money:

(vii) nursing care in their homes for the elderly.

And here are all the commitments is the only commitment that will clearly save money (though not much):

(i) Scrap ‘a large slice’ of expensive quangos.

And voters are supposed to be convinced this adds up to “vision of a Britain restored.”

Both parties need to convince the electorate they can get Britain back on its feet (the slogan I’d advise either to run their campaign under). But as Martin Wolf argues in today’s FT, at the moment it’s shaping up to be an election that both sides deserve to lose.

If you’re getting ready for a new week at work and are still in the new year resolution mood here are some thoughts for charity leaders that might help. #ClimateEmergency #ForPeopleForPlanet twitter.com/acevo/status/1…

Can the organisation behind Davos keep its mojo in the face of a conflicted identity, increased competition and uncertain succession? | A tour of the Magic Mountain via @TheEconomist economist.com/business/2020/…

Montessori education could reduce the advantage gap between rich and poor, but it's only available to the rich theguardian.com/commentisfree…

The Guardian view on Lego for adults: play is a serious business | Lego | The Guardian ⁦@LEGOfoundation⁩ theguardian.com/commentisfree…

Do bosses really want to be good? thetimes.co.uk/article/do-bos…