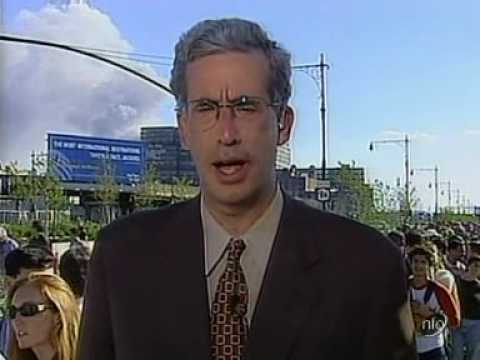 Among the many, many gems in Andrew Rawnsley’s gripping new book on Labour’s last two terms of office, students of resilience will especially enjoy his account of how the British government actually worked during 9/11. It emerges that:

– Tony Blair’s hurried journey back to London from Brighton, where he had been due to deliver a speech to the Trades Union Congress, was made not by helicopter or a 90 mph motorcade with armed escort – but by train. Blair’s Special Branch protection officers “created a makeshift area for the Prime Minister and his aides by sealing off part of a carriage with police ‘scene of crime’ tape”.

– Sir Richard Wilson, the Cabinet Secretary, found out about the attacks not through being alerted by Number 10 or the intelligence services, but from his driver on his way back from lunch – and then in more detail from the car radio.

– Jeremy Heywood, Blair’s Principal Private Secretary at Number 10, then rang Wilson to say: “We’ve been told that the White House is evacuating. Should we be evacuating?” Wilson’s reply: “If you evacuate, where would you evacuate to? I think it is a good rule not to evacuate unless you have an idea where you are going to evacuate to.”

– David Blunkett, then Home Secretary, learned about the attack not from MI5 or the Home Office, but from one of his sons, who rang to tell him what he’d just seen on the news.

– Although the Cabinet Office’s Civil Contingencies Secretariat had been created to deal with national emergencies after the fuel protests a year earlier, all its staff were away at a team-building session in Yorkshire.

– The entire staff of the Cabinet Office Overseas and Defence Secretariat was en route to a meeting in Herefordshire – and had taken all the keys to their offices with them.

– And to top it all, the Cabinet Office telephone system – which had been installed the previous week – then crashed altogether.

Rawnsley’s conclusion: “Had terrorists or a foreign power planned an attack on Britain, there would rarely have been a better time to strike than on 9/11.”

I'd somehow missed how serious the charges against Alex Salmond are. theguardian.com/uk-news/2020/…