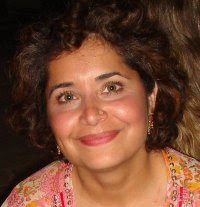 Here’s the rest of her analysis:

In a tumultuous week for Indian climate politics that saw Delhi hosting a major UN technology and climate change conference, a regional meeting of South Asian environment ministers, a Sino-India climate change workshop, and MOUs with China, Japan and Norway, the political air is charged. As the week opened, the driver-in-chief of these high-level meetings, Jairam Ramesh, was engulfed in a firestorm over a leaked confidential communication to the Prime Minister.

As the Major Economies Forum got underway in London with Gordon Brown saying there was no ‘Plan B’ for Copenhagen, news broke in Delhi that Jairam Ramesh had allegedly proposed dumping the Kyoto Protocol, ditching the G77 in favour of the G20, and taking on carbon cuts without concomitant financial or technical guarantees. In a country with a well-entrenched political consensus on India’s role in international climate negotiations, the Minister’s alleged remarks were seized on as heresy. Partisan press reporting, well-oiled with anonymous quotes by India’s aggrieved negotiators and threats to resign, added fuel to the fire. Outraged opposition parties railed that the Minister had capitulated to the United States and NGOs charged him with damaging India’s credibility with developing country partners.

In the storm that followed, the papers were full of indignation at Ramesh’s supposed deviation from India’s traditional hard-line climate position, but silent on India’s climate risk.  No words spent on why it might make sense to be ‘flexible’ on climate change. No effort to explain why new approaches were imperative if India wanted to craft a fiendishly difficult global climate compact. Instead, everything was cast as a sell-out to western interests – an unedifying neo-colonial spectacle more focussed on political point scoring than protecting India’s people. Why is it that we are more concerned with doctrinal purity than climate catastrophe?

We have been down this road before. In July just after the G8 meeting in L’Aquila when Dr. Manmohan Singh acceded to language agreeing a 2 degree Celsius limit to warming, a similar political firestorm erupted. His actions were also interpreted as a capitulation to western interests and a restraint on India’s right to development.

Confusing degrees with percentages, some politicians screamed about agreeing to “two per cent” under U.S. pressure.  That the Maldives and Bangladesh were asking for a 1.5 degrees limit with much deeper emissions cuts by all nations, went unreported. As President Nasheed of the Maldives, the world’s lowest-lying island nation, said in Delhi last week: “with so much damage being caused by less than one degree of warming, why on earth would we aim for two degrees?” At present trends, we are heading towards a 6 to 7 degree world by 2100. As the world’s fourth largest emitter and potentially the worst victim of climate change, India cannot afford the complacency its political class is fostering. Our water and food security lie wounded, our coastal aquifers are turning saline, our glaciers are melting.

Ramesh’s suggested shift in India’s hard stance has created momentum in climate talks, forcing developed countries to contemplate much deeper cuts than they wanted. A new set of possibilities has thus opened up that might just manage to dispel mutual fears of inaction and mistrust. The Minister no doubt had to publicly step back towards the party-line on India’s climate negotiating position, but he opened a deadlocked debate and let fresh air in.

Interestingly, China, Brazil, Mexico, South Africa and even Indonesia are all considering variations of domestic emissions peaking, national and sectoral caps – not in response to western arm-twisting but in response to increasingly unequivocal climate impact projections, energy security, development and economic competitiveness concerns. Though the uproar over his reformist advice has momentarily slowed his pace, a new political consensus on climate is forming. It has hidden, powerful supporters both within government and the opposition who are poised to occupy the climate spotlight and will have to respond to India’s 670 million farmers and 100 million fisherfolk who are sure to ask: “If you knew about this climate threat, why did you keep it from us and why did you not act in time?”

Meanwhile the science races on. Climate change is occurring faster and deeper than previously thought – while India’s politics remains stuck. Ramesh has let the reform genie out of the bottle. New constituencies are clamouring for change. Hopefully the world will finally get the debate it deserves and India the politicians we deserve.