Not wanting them to be left out, it put up a poll to allow its readers to stick the boot in too. Unfortunately, results don’t seem to be turning out the right way. I wonder how long it’ll take before the Mail’s Supreme Leader – editor, Paul Dacre – steps in to sort things out. I feel a fix coming on… 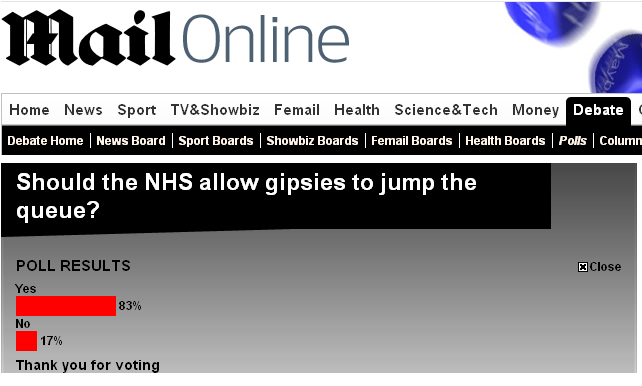 Update: And the fix is in – seems like Supreme Leader Paul Dacre has cracked. Three different computers (two of which have not been used to vote from) show the poll has now been blocked… 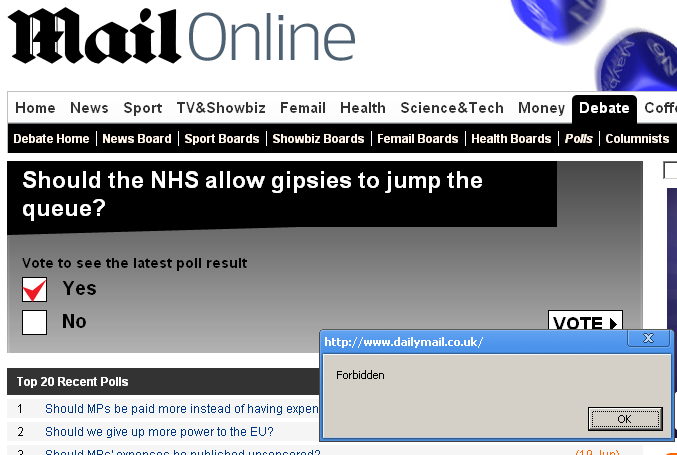