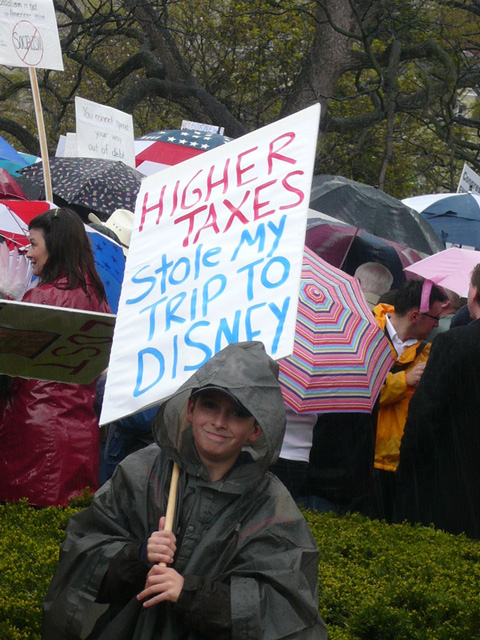 In the US, hundreds of millions of right wing ‘tea baggers’ (yes – really) are protesting against “illegitimate President Barack Obama’s $787 billion economic stimulus package.” (Illegitimate here refers not to Obama’s parenthood, but to the fantasy he’s not a citizen.)

Protestors had collected a million tea bags to dump in Washington, but they didn’t have their paperwork in order:

“We have a million tea bags here, and we don’t have a place to put them because it’s not on our permit,” said Rebecca Wales, lead organizer of D.C. Tea Party.

The tea bags were, instead, dropped off at a local conservative think tank. I bet Obama’s grassroots organisers are quaking in their boots.