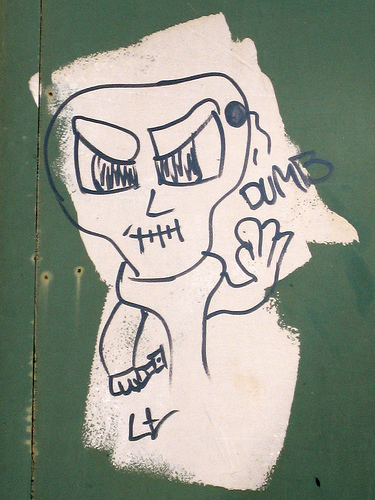 There are many reasons why American foreign policy has been so teeth-grindingly awful during the Bush years, but the hiring policy for ambassadors probably didn’t help.

Thomas Schweich had three senior diplomatic jobs under Bush. Each time, he had to run the gamut of the politically-appointed ‘kids’ (sons and daughters of Bush supporters, campaign workers etc) who had taken over the personnel department. What they lacked in experience, they made up for in attitude, he says.

“For two of these jobs, my appointment was preceded by an effort by a 20-something in personnel to place an unqualified friend in the job,” he writes. “In the third instance, the State Department went out of its way to avoid the personnel office by appealing directly to a senior assistant to the president.”

Others had a similar experience:

Another top foreign service officer called me after his interview to be ambassador to a volatile African country. “The problem was,” he told me, “the kid interviewing me could not pronounce the name of the country I was being interviewed for. It made for an awkward interview until he just started saying ‘the country we are considering you for.'”