Who will defend tax dodging? 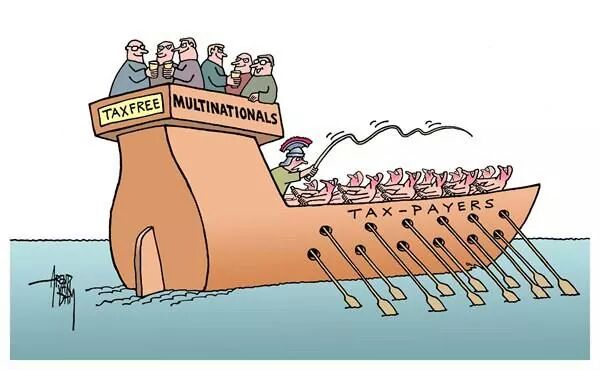 2015 has started off as a tough year for tax dodgers. In Zambia, the new President appears to have confirmed the fears that multinational mining corporations expressed during the election campaign, by saying he expects companies to pay their tax. At the African Union meeting in Addis Ababa, the continent’s Heads of State have unanimously accepted in full the recommendations of the High Level Panel on Illicit Financial Flows headed by Thabo Mbeki – and Mbeki has been outspoken in declaring multinational corporations as the big offenders. In Luxembourg, leaks exposing tax avoidance have created new pressure on the government and have even forced European Commission President Juncker, former PM of the country, to pledge European action to tackle it. In Britain the head of the National Crime Agency has declared war on the “hundreds of billions of pounds of criminal money laundered through UK banks.” A UK NGO coalition campaign for action against tax dodging has been welcomed by leaders across the political spectrum. In the US, President Obama has promised to tackle “corporate deserters” and to close the loopholes that enable the rich to avoid paying their fair share of tax.  And newspaper stories of companies from Google to Glencore have created a worldwide drumbeat of shame.

With this new public and political mainstream, most corporations are going out of their way to distance themselves from the label of “tax dodger”. They stress their respect for the law, their recognition of the importance of taxation – they talk about their diligence and their contribution. Their social license to operate seems to demand that they promise that they are on the side of the public on this one.

So will no one defend the tax dodgers?

In this context, the Adam Smith Institute’s outspoken support for tax avoidance is a valuable reminder that we do have an opponent, that progress on tackling tax avoidance is difficult not only, or even primarily, because it is technically complex, but because some people think tax avoidance is just fine. In the words of the Adam Smith Institute, which once played a very influential role on economic policy, “advising people on how to avoid certain corporate taxes in poorer African countries” shows “public spiritedness” and is “a bloody good idea”. “If you’ve advised people to dodge that corporate taxation,” they add, “you’ve just raised the wages of some of the poorest people in the world.”  With all due respect to the Adam Smith Institute for not hiding their teeth on this one, and with somewhat less respect for their mis-remembering of the historical Adam Smith, they are not our prime opponent.

Our prime opponents are much sneakier, much cleverer, than the outspoken ideologues who publicly declare tax dodging is good. The people we have to fear operate not in the light but in the shadows. They say that they support reforms to tackle tax dodging, just not the ones we propose, or they say they support the ones we propose, and then flood Washington, Brussels, London and the world’s poorest countries with lobbyists hired to undermine progress. Of course most of what the big corporations do to avoid tax is legal. They spend a fortune on lobbying to ensure it stays that way.

We’ve won the argument on tax. But that’s just phase one in the long struggle for tax justice. Our opponents are hugely rich, frightening powerful and totally unscrupulous, and are not used to losing. Goliath has been shamed, but he’s still massive. 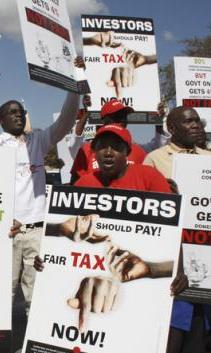