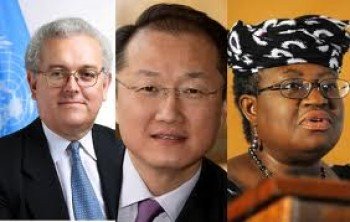 But has all that much changed? Does the World Bank country classifications accurately identify the countries in need of outside assistance?

The World Bank’s country classifications divide its 187 member countries into four categories: low income ($1,005 or less); lower middle income ($1,006–$3,975); upper middle income ($3,976–$12,275); and high income ($12,276 or more). Whether a country is low income (LIC) or middle income (MIC) affects many things, from eligibility for concessional lending from the multilateral banks, to donor aid policy (see, for instance, the 2006 European Consensus on Development), to trade access (low-income countries are more likely to have access to rich-world markets).

The system, however, presents a distorted picture. Using just one number—income per capita—to determine a country’s status may be “convenient,” as the World Bank puts it, but it produces results that do not reflect real-world situations. Ignoring issues such as inequality, human development, social exclusion, and government capacity—all of which matter tremendously to the robustness of states and the lives of the poor—does a disservice to the organizations and people who use the system.

There are many ways that this single number can be misleading. When a state has oil or other natural resources that can be exploited in small enclaves unconnected to the rest of the economy, average incomes say little about development progress and the welfare of the population. Nigeria, Angola, and Sudan all are middle-income by the World Bank’s reckoning, but have problems typical of less developed places. A substantial drop in commodity prices would immediately have a large effect on their average incomes.

If a state runs up its debt in an unsustainable manner, as many developing countries did in the 1970s, income levels may not be sustainable no matter how widely they are distributed.

In both these cases, countries may achieve a higher status that is not sustainable. In fact, between 1978 and 2003, 25 countries fell from MIC to LIC. Most of the countries that have graduated from LIC to MIC status in the last decade were actually MIC at some point in the past.

There is also the question of cut-off points. Why are countries with $1,005 average incomes a LIC while those with $1,006 a MIC? Are countries that are one dollar wealthier that much more developed? The rationale for how bandwidths are drawn is not available and seems fairly arbitrary, as Jonathan Glennie has pointed out.

Changing the parameters that determine a country’s status would change the results substantially. If the cut off point were $1500, for instance, 18 more states would be considered LICs.

If countries with low levels of human development, as measured by the UNDP’s Human Development Index, were chosen instead, there would be 46 countries in the lowest category instead of 35. If a country’s dependence on natural resource exports mattered, perhaps a dozen MICs would lose their status.

The United Nations uses a different classification system, whereby its “least developed countries” are selected because they have low incomes (under $750 to be added to the list, above $900 to graduate from it), weak human assets, and high levels of economic vulnerability. According to Simon Maxwell, under its stricter system 18 MIC countries would still be classified as least developed.

A better system would completely change the conversation about the reduction of LICs for a number of reasons.

First, the most populated mover, China, had many of the qualities of a low middle-income country well before it reached MIC status in 1999. Its human development indicators and state capacity were far superior to most low-income countries. And its poverty rolls were declining sharply throughout the 1980s and 1990s (something that quite a number of the newer middle-income countries have not achieved yet).

Second, the third-largest mover, Indonesia, was actually regaining a status it had lost during the Asian financial crisis, when its average incomes fell due to political instability. Its poverty levels began falling in the 1970s. It probably did not deserve to be a LIC a decade ago.

On the other hand, the fourth and fifth most important movers, Nigeria and Pakistan, do not really deserve to be considered MICs now. Both have enormous governance problems and very low levels of human development, making their inclusion in the higher category rather tenuous, and even misleading. The former is only a MIC because of its oil exports.

Of the five most populous countries that shifted from lower- to middle-income status in recent years, only India really has seen changes that can be classified as increasing its development level from low to lower medium, and this shift hides great differences between various parts of the country. The north and northeast are still comparable to a LIC.

Therefore, only one of the five largest countries that moved up a notch according to the World Bank since 1999 can be said to really deserve this accolade during this time period. And, the great shift in global poverty from LICs to MICs depends almost exclusively on what has happened in these five countries. If we remove them from the equation, there has hardly been any change in the percentage of poor people living in MICs since 1990.

A more accurate classification system would affect a wide range of debates and policies concerning the poor besides this one example.

For instance, while it may be correct to say that 36 percent of the United Kingdom’s total bilateral aid budget is allocated to MICs between 2010 and 2015, the high proportion of this money going to places such as Nigeria, Pakistan, and Yemen (all of which are seeing a doubling of aid) means that the proportion going to medium developed countries is far lower. An accurate picture would completely change the conversation—and many policies along with it.

Formulations such as MIFFs—middle-income, failed, or fragile states, as designated by the Economist—would be irrelevant if countries were better categorized. Most of the countries on that particular list are either oil producers (Nigeria, Angola, Iraq, Sudan), heavily aid dependent (East Timor, Djibouti, Papua New Guinea), or weakly governed (Pakistan, Yemen). Few have decent development indicators.

So what should a more sophisticated and less arbitrary system look like?

First, it should aim to measure levels of development rather than levels of income. This would require taking into account political and social development in addition to economic development and taking a more nuanced view of the latter. Making clear that the Bank considered all these important would by itself mark a break with the past, and give a much needed boost to efforts across the development community to focus more on non-economic issues.

Second, it should depend on many more factors, more akin to what the United Nations uses now to what the World Bank has. These should include a variety of social, economic, and political factors, such as the average level of human development, the quality of public services, macroeconomic conditions, the degree of export diversification, and the extent of social conflict. Income would still matter but much less than it does now.

Third, it should consist of more categories to better reflect the complexity of the world. Ideally, this should mean creating groupings based on unique characteristics instead of putting all countries onto the same scale. For instance, middle-income countries that depend almost exclusively on petrochemical exports (such as Nigeria and Sudan) and have done little to raise the human development of most of their citizens would be grouped together. Especially violent societies (such as Honduras and El Salvador) might fit into another grouping.

A gradualist approach, whereby countries did not abruptly graduate to higher levels, but were grouped into multiple categories or were moved upward only slowly over time would better take into account the messiness of reality.

At the least, the current three (or four if you consider lower and upper MIC two categories) needs to be reformulated into 5 to 7 categories.